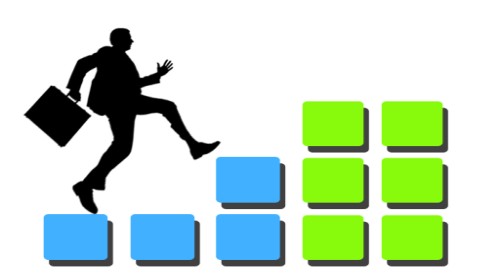 This blog post is a follow up to a recent article we wrote on “Advancing Salespeople to Managers – who do you promote”.

If you have not read this post please refer back to the article http://hiringsimulation.com/english/advancing-salespeople-managers-promote

From this post we thought it would be a good idea to provide a real Case Study of a recent client of ours who was hiring a senior Sales Director role for one of their largest territories.

There were three candidates involved in the hiring process. Two of the candidates were from outside the company in different cities within the region and the third candidate was an internal salesperson who has had tremendous success over the years.

The client who was hiring for this key sale management role wanted to provide internal candidates with the opportunity to throw their hat in the promoting ring and be assessed for the position. At the same time, the manager wanted to avoid historical hiring mistakes the company had made when promoting from within. This client had one candidate who had applied for the role and did quite well in the initial interview with the HR department for the open management role.

Here is what happened over the course of our TEST DRIVE using our Hiring Simulation (job simulation) process with each candidate:

As a conclusion to this Case Study, clients continue to realize the importance of promoting Salespeople into management only when they are ready. A candidate’s performance as a salesperson must be lightly weighted when considering the individual for the manager role. It is only when the hiring team allows the internal salesperson to experience the role that the managers and candidate can make a better decision on moving forward in the new role or not.

If you have read a few of our posts or viewed our website hiringsimulation.com you will know that our firm builds and creates Hiring Simulation Assessments. We allow clients to TEST DRIVE before hiring.

One area where our clients receive consistent results from our process is when a candidate is from inside the company and they have applied for a sales management role. As we all know, good sales people do not always make great sales managers! In fact, the opposite is the norm. So getting this hire right is critical if the candidate is coming from within the organization.

Craig Bissett is President and Founder of Hire Results Ltd. He can be reached at craig@hiringsimulation.com

Let us show you how to see candidates in action before you hire them! Want to know more?
Contact Us!
Case Study – Promoting

Case Study – Promoting
No, all of my hires are great.