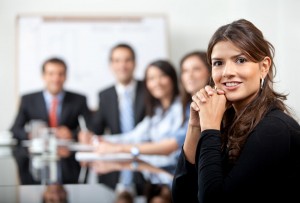 Don’t let common interview mistakes cost your company money. If you are not sure the candidate(s) you are interviewing is right for the position DONT hire them! It’s that simple.

Their is a huge cost of hiring errors from common interview mistakes! A bad Hiring process! Unproductive sales people! Dismissing poor sales performers! What do these statements mean in the business world? The word is “RISK” and continues to haunt organizations of all sizes. Companies must hire better employees!

I just got off the phone with a seasoned HR professional regarding a project they have been working on for the past few months. During the discussion it became apparent this senior manager had a great philosophy on hiring, which we at Hire Results Ltd have lived by since our inception. 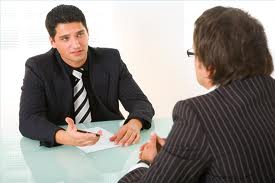 It seemed this organization was being pressured to hire one of the candidates who had been presented to them by a third party. They were told “we provided you a good short list of candidate’s, one of them must be able to do the job for you”.

Remember, just because you have a short list of candidates does not mean any of them are capable of doing the job!

When we started Hire Results Ltd in early 2002 we believed that organizations where sometimes choosing candidates who were the best of the short listed prospects they were interviewing NOT the best candidate for the job.

One of the first things we will say to any organization we work with is that “if you know what you are looking for in a candidate and you don’t see those qualities in any of the prospects you are meeting simply say “no” to all of them. As with the HR professional said to us this morning, sometimes the best hiring decision is the decision to not hire. Patience is sometimes the greatest virtue for hiring managers to have. Some of the most common interview mistakes are simply just accepting one of the few options in front of you because its the easy decision.

Hiring Simulation Assessments allow you to see the candidate in action – before making a hiring decision.

A few months back I was sitting in our boardroom listening to a well polished business professional tell me how he had never lost an interview with a potential employer in his career. Reviewing the long list of companies he had worked for in the past 20 years confirmed there was some truth to what he was stating.

As I sat and listened to this candidate ramble on about how good he was at “winning interviews” I could not help but think back to some advice I had been given many years ago when I was hiring sales people as a relatively new Sales Manager. The advice was simple; be careful not to hire someone who is better in the interview than on the job. I never forgot that advice and I have brought this advice into the business we run today.

A few weeks back a good client of ours added to this hiring theory by quoting from the movie “Beyond the Sea”. This movie is about the life of Bobby Darin. In a key point of the movie Bobby Darin’s friend makes a statement that all of us need to write down and place on our desk next time we are making a decision on hiring a new sales employee.

The statement is “We Hear what we See”! In five words this statement describes a key problem when acquiring new talent in organization! Think about the power of this statement. Someone comes walking into your office wearing the right business attire, looking the part and saying the right words to us. We instinctively start to hear not what they say but what they look like. The power of the visual presentation can get all of us into trouble by judging a book by its cover – not by its content. Another one of the many common interview mistakes companies deal with.

The main goal of the Hiring Simulation Assessment system is to allow hiring managers to get past what they see in an interview and go deep into the candidate’s ability to execute in key elements of the job.

Measuring the Cost of Your Hiring Risk

How do we define risk when hiring sales people? A short but accurate description of the work “risk” can be defined as dealing with the unknown.

Take this hiring risk definition into account when a company is bringing new sales person into a department. The biggest risk is “can the candidate be successful or perform at the expected level” in their territory? The unknown!

Now, how do we measure the cost of this risk of the cost of Turnover after a back hiring process? Too often the cost of a hiring mistake (risk) has a formula that includes expenses such as recruitment, training, salary and benefits paid along with other hard costs. One of the key elements of the risk equations left out is the opportunity (or Sales Force Cost) cost of the hire.

Over the years we have tried to define and quantify the cost of the hiring risk (the unknown) when a company brings on a new sales person. Here is the starting point of any formula for measuring this hiring risk in organizations.

By using the simple equation of E – R = SFR (Expectations – Results = Sales Force Risk) – we can define and measure what our risk factor is for our sales department over a specific period. For example, let’s assume an organization has 10 sales people. Each sales person has a sales quota of $1,000,000 per year. We now have a budgeted amount of $10 million dollars that is expected to be produced by the sales team. Now assume the team, due to non performing sales people, produced a total of $7.8 million in the projected year. Our Sales Force Risk equation would tell us that we have a risk factor of $2,200,000 ($10,000,000 – $7,800,000). Compare this $2.2 million dollar cost to training, recruitment and salary cost and you will see that the Sales Force Risk factor outweighs the other hard cost by a significant margin.

The only way we can manage the risk of the sales department in any organization is to manage the way you select and hire the people who will make up this team. Get the hiring right and the risk factor of your top line revenue generation department goes down dramatically. Get it wrong and your risk factor can double or triple!

To manage this risk, the team needs to know if the candidates being hired can execute on key elements of the role. Interviewing typically will not assist in reducing this risk. Hiring teams need to see candidates in action, as if they are presently on the job today.

Hiring Simulation Assessments, since 2002 has been assisting sales teams managing their Sales Force Risk by TEST DRIVING candidates before the hire.

Over the past 9 years of running Hiring Simulation Assessment (TEST DRIVING candidates) with hiring managers throughout North America we have seen our share of candidates who “look good in the interview” but when it comes to “executing on the job”  can’t live up to their performance in the interview. Common interview mistakes like this are cause by hiring managers continually get emotionally pulled into hiring candidates who are professional interviewers.

A few months back we worked with a client of ours in Montreal, Quebec. Their need was to hire a new, senior sale representative who would grow their market share in the province.  We engaged with this client after they had initially interviewed three candidates. In our first meeting we asked the hiring managers to rank the candidates in order of who they felt were best qualified to meet and exceed the expectations of the management team for the coming year. As usual, the highest ranked candidate was the one who everyone “liked” in the interview.

After each candidate had been through four Hiring Simulation Assessment steps we reviewed our proprietary assessment scorecard with the managers.  As expected, the highest ranked candidate in the interview had the lowest scores in most of the Hiring Simulations. Why, because performance in the interview does not always equate to performance on the job!

Who did the client hire? The hiring team hired the candidate they had ranked the lowest in their first interview but excelled in the Hiring Simulation Assessments.  Surprised – we’re not!

Throughout organization today hiring teams are dismissing some of their best potential employee’s just because they are not good in the interview – this is a costly hiring mistake!!

Need to hire someone but not sure if the selected candidate is not going to live up to your initial impressions in the interview – you may want to experience the power of Hiring Simulation Assessments.

Let us show you how to see candidates in action before you hire them! Want to know more?
Contact Us!
Common Interview Mistakes Even the Biggest Companies Make

Common Interview Mistakes Even the Biggest Companies Make
No, all of my hires are great.