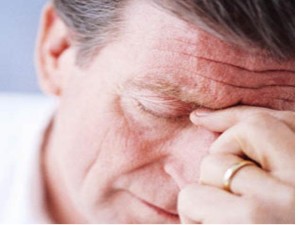 Chip is a great example of someone who loved the company he works for.  So much that he bought the company! Chip has a long and successful history in both the Sales and Sales Management roles within high technology firms. He was originally hired as the National Sales Manager with his present firm and then saw an opportunity to invest in the company and now has become an equal partner in the firm.

Chip tells us that he has hired a significant number of outside sales staff in his career.

Chip’s hiring mistake is one that any manager could have made. In Chips own words, this hire was a real train wreck!

Chip was in the market for a new outside salesperson and it was critical to get this hire right. The situation was that a sales rep had left the company and a gap in a territory was very apparent. The territory was one that had existing business with one large, ongoing project. This territory was ripe for the right sales person to join, work with existing accounts while digging for new business opportunities.

Here is where the story gets a little wacky. Chip had advertised for the position in a few different papers and websites. Of all the candidates that applied, only one seemed to be a fit. This candidate had a strong background in Chips industry. The candidate’s credentials were very good. He had the right industry background and he fit the profile for this specific territory. Chip brought the candidate in for an interview and quickly made up his mind to hire the candidate. An offer of employment was put in place to present the next day. Chip called the candidate the next day and found out the candidate had already verbally accepted a job with another company.  At the end of the conversation the candidate told Chip that his wife had a similar sales background and that she was in the market for a new job as well.

Chip was starting to feel the pressure of getting someone into the territory so he immediately set up an interview with the candidate’s wife.

The interview went well and Chip came away impressed with the way this candidate presented herself in the meeting. The candidate dropped all the right names, she was well spoken, talked about how she had serviced other accounts similar to Chip’s and she presented well in a structured meeting.

Chip moved the hiring process along quickly and made the candidate an offer which she accepted.  Chip thought that he was a pretty lucky manager, finding a second candidate from the same family. However, his thoughts of good luck quickly changed after the first week of this new hire being on the job. As Chip said, “I thought I had hired a professional sales person but after a week I felt I was working with a little old lady”.

In the third week of this new sales person being on the job, Chip decided to make a few joint field calls to some prospects and existing clients of this new reps territory. In the business and industry that Chip services, it is important to portrait the right image to both clients and prospects. Image in both how you present yourself (dress attire) to the vehicle you drive. Pulling up to a prospects office in a clunker just does not work. This is the reason the company provides a car allowance to ensure the image is consistent with each sales rep. At the same time, due to the amount of driving and distance between clients, a reliable vehicle becomes part of the responsibility of the employer to the sales rep.

Chip had the new salesperson pick him up to go call on some existing clients and new prospects.  When the new sales rep pulled up to his home he became concerned with not only the look of the late model vehicle but also the drivability and safety of the car. 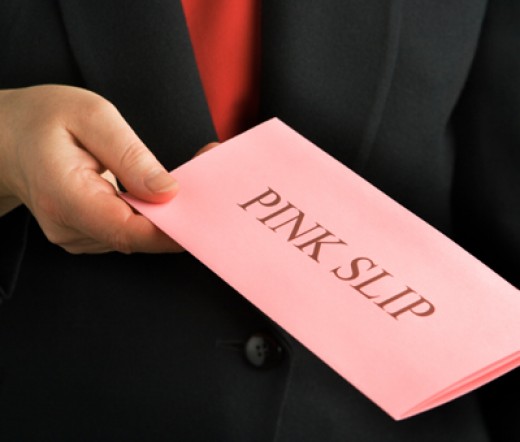 As Chip spent more time with this new sales person he started to see some gaping holes in how he evaluated this candidate in the interview. Talking to the sales person he found out that not only did she drive a non reliable car, she also had a problem with night vision. When on the road and travelling overnight, the sales person will finish up their last call late afternoon and then drive to the next town or city and book a room to ensure they are fresh and sharp for meeting the next day. Chip discovered that this new salesperson would not drive after 5 PM in winter months due to her night vision concerns. All Chip could think about was this travelling salesperson checking into a hotel in the city she had just visited at 5 PM and not being able to properly plan for early morning calls the next day in the next city. This also meant that the salesperson would not take on late afternoon calls if she knew it would cause her to have to drive in any darkness.

In the business Chip is in, entertaining clients after hours is a must. Building and strengthening relationships in non business settings such as dinner after hours is critical to developing long lasting clients. The first time Chip and the new sales person had an opportunity to take an existing client out for dinner Chip was horrified to hear that the new recruit wanted to be driven back to the hotel so she could get to bed early. When Chip told her that dinners out with clients was part of the role she explained to him that she was never comfortable doing business this way. Chip drove the salesperson back to the hotel and ended up having dinner with the client without the salesperson in attendance.

Chip was shaking his head trying to understand how he could have made such a mistake.

Chip now realized that he had made the mistake when hiring this new sales person. He had not properly explained the day to day activities of the sales role. If he had explained to this person what a typical day looked like and that all sales people were required to travel in late afternoon or early evening to neighbouring towns in their car, the candidate would have explained to him her concerns due to her night vision issues.

The impact of this hiring mistake can’t be calculated in real numbers. The stress that was put on Chip over the three months of this candidate’s employment (yes, the candidate quite) and the uncertainty of how the territory was going to be covered was very high.  The internal sales staff lost immediate confidence in the new hire and for three months the staff did not properly service the accounts.

Chip believes that over half a million dollars of sales opportunities where lost to competitors or leads where not followed up on in the time this sales person was with the company. The hard cost where only approximately $35,000 but the soft cost could be 15 times this cost.

Nugget: The biggest lesson for Chip in this hiring mistake was that he had an immediate need to be filled and he wanted to fill the hole. Due to this rush mindset Chip did not follow any type of hiring process. His first choice was a candidate who he had spent a lot of time with and then turned the offer down. Having a second candidate presented to him right after the offer being turned down was seen as a “gift” but ultimately turned into a “costly mistake”. Chip says that just because someone is presented to you by a reliable source, you still have to do your homework.

Do not think just because the candidate was recommended to you by a credible source that your hiring process can be skipped. All candidates need to be treated equally when evaluating them for any role. The second lesson learned was the need to ensure candidates understand all aspects of the job. In this case, travel in late afternoon or evenings or taking clients out for dinner were issues that would have been identified immediately if the candidate was aware of these requirements in the interview. Do not assume anything when presenting a job description to a candidate. You never know how one aspect of the role can change the outcome of the hire.

Let us show you how to see candidates in action before you hire them! Want to know more?
Contact Us!
My Worst Hire and What I Learned from IT! Chip’s Story

My Worst Hire and What I Learned from IT! Chip’s Story
No, all of my hires are great.